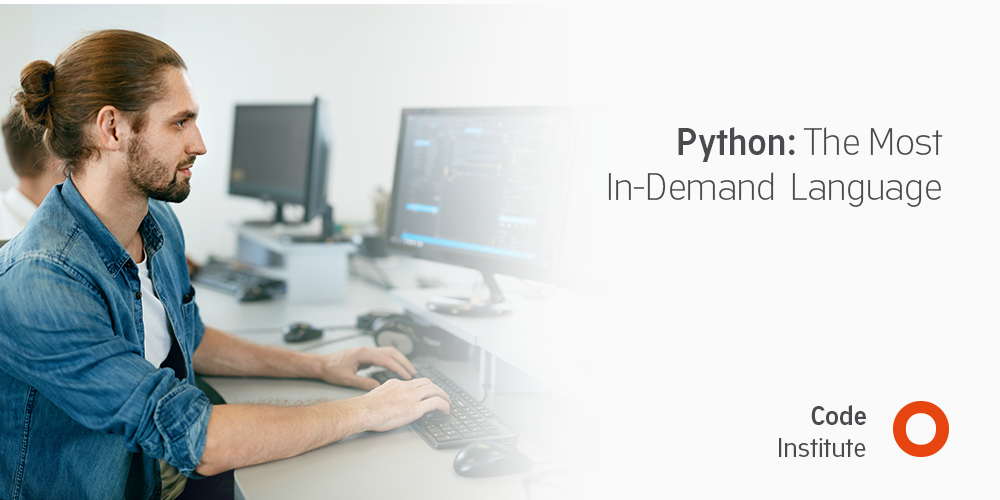 If you’re interested in coding then learning Python is a great place to get started; it was designed with simplicity in mind. This language was invented by Dutch programmer Guido Van Rossum, and it was first released in 1991. It’s still one of the most popular coding languages with developers and more importantly, with leading tech giants. It is an integral part of Google, Wikipedia, and NASA.

Let’s take a look at 5 reasons why you need to learn Python.

Python is one of the only coding languages that was specifically designed with usability and simplicity in mind. If you’re interested in learning to code and you’re tempted to teach yourself Python, then it’s a great first step to understanding essential coding technologies.

Many coding languages expect the coder to have a certain level of expertise, but Python is suitable for beginners right through to experienced software developers. It allows beginner coders to express concepts in a simple way, and this was one of the objectives of the language. The creator of Python, Van Rossum, hopes it will be as simple to understand as ordinary English some day.

When you’re learning a new skill one of the most important things is being able to spot your mistakes and know where you went wrong. Python is a dynamically typed language; this means that when you write code every variable name will be bound to one object only. This makes it easier to spot any errors before you run the code.

You’re probably already using and interacting with it every day. YouTube and Instagram rely on the backend functionality of the language to operate seamlessly. The father of the language, Van Rossum now works at Dropbox, where most of the site’s power is run on Python.

One of the reasons why this language has maintained its position as such a popular language is due to its open source nature. Python has a community of software developers that are constantly adding to and enhancing its capabilities. The more tools that you have access to, the easier your learning journey will be.

A supportive coding community will enable you to learn at a much more productive pace; you can share your code and get feedback from Python developers. GitHub is a great coding community platform for sharing projects and solving problems. It boasts over 27 million software developers.

This language is used to build web or app prototypes, for development and data analysis. Python continues to be a popular language among tech giants like Google, Instagram and Reddit.

Python is the most popular language that developers want to learn and it’s widely considered to be an essential part of understanding backend technologies. It also happens to be the third most in-demand coding language among employers. If you’re hoping to change your career then this is great news for you.

If you’re interested in learning how to code then why not try our free 5 Day Coding Challenge?

The importance of Coding and the changing global careerscape

Coding and its importance to future careerscapes can’t be underestimated. As the world looks to automation and Artificial Intelligence, now, more than ever, we need to equip ourselves with coding capabilities.  Coding is proving to be of huge importance to the global careerscape. Clever code has made dramatic changes to how we approach work and […]

Germany’s economy is booming. The country’s unemployment rate is getting lower by the month – which shouldn’t come as a shock. This is Europe’s largest economy. Germany’s global trade is going strong and as a country, it is not shy on domestic spending. May’s unemployment figures, which were released on Wednesday, shows unemployment to be […]