Germany’s economy is booming. The country’s unemployment rate is getting lower by the month – which shouldn’t come as a shock. This is Europe’s largest economy. Germany’s global trade is going strong and as a country, it is not shy on domestic spending.

May’s unemployment figures, which were released on Wednesday, shows unemployment to be at a record low. In fact, the unemployment rate fell by more than expected for the month. It fell to 5.2%, which is the lowest it has been since the reunification of Germany in 1990. Recent estimates reckon that Germany’s GDP will grow by 2.7% this year. Circa 2.35million people unemployed in Germany.

While all of this is extremely positive, Germany is still in the same boat as the rest of Europe, USA, and perhaps the rest of the world. The country is suffering from a skills shortage in some areas. A recent report by IW (Institut der Deutschen Wirtschaft) reported that there are 440,000 unfilled skilled job vacancies in Germany. This, according to the report, is damaging the potential economic growth of the country. “German business is desperate for skilled staff with academic and technical backgrounds, particularly the mathematicians, IT specialists, natural scientists and technicians referred to collectively in Germany by the acronym MINT.”

Costs “billions of euros every year”

This shortage of skills is costing or losing the German Economy “billions of euros every year”.  On account of this, to attract talent, pay for MINT workers has been inflated. Businesses in Germany are attempting to solve some of the shortage problems themselves by upskilling staff to required levels. However, this is a fix that only closes a small portion of the current gap.

IW’s research tells us that universities must work harder to produce more graduates from technical courses. They recommend that tech subjects should get more emphasis in schools, and they also feel that German states need to invest more in tertiary institutions (apparently MINT students are dropping out “due to the poor conditions they have to study under”).

The recommendations made by IW all make sense – in the long term. However, the shortage is here and now. In March 2017, a report prepared to the European Commission Directorate-General for Internal Market, Industry, Entrepreneurship and SMEs, said the following about the preparedness of Germany relating to the future outlook of the country regarding ICT and high-tech leadership skills; “At the other end of the spectrum, future preparedness (i.e. talent pipeline and policies) are least likely to be fit for expansion, or potentially not even for sustaining status-quo, in Member States such as Luxembourg, Sweden, Germany and the Netherlands. This situation is calling of action of different type even in countries seen as good performers having moved ahead fast in the past to become European leaders now starting to become complacent”.

Germany is famed for its innovation. Also, the global car industry has a lot to thank them for. A German physics professor invented the X-Ray machine.

In fact, without the German engineers, Helmut Gröttrup and Jürgen Dethloff, we wouldn’t have smart cards. The time is now perfect for potential career changers to make the leap into the ICT industry. According to the Make it in Germany website, ICT “graduates are much more likely to be offered a permanent contract when entering the job market and have a significantly higher earnings potential. Average starting salaries for STEM graduates are between €35,000 and €40,000 a year. After 10 years of professional experience, salary levels rise to an average of about €70,000.”

Code Institute has created a credit-rated Diploma in Software Development that will give workers the skills they need to change career or upskill to the ICT sector. The University of the West of Scotland has credit-rated this bootcamp. The Industry Advisory Council, made up of tech giants including; Accenture, PayPal, GSK, Dell, Capgemini, and more, gave input into this syllabus. Students are career-ready on completion.

If you want to sample a software developer course, try Code Institute’s 5 Day Coding Challenge now. This five day course will teach you some basic in HTML, CSS, Javascript and more. Importantly, it might also let you know if you’d be a fit for the German or global IT industry. 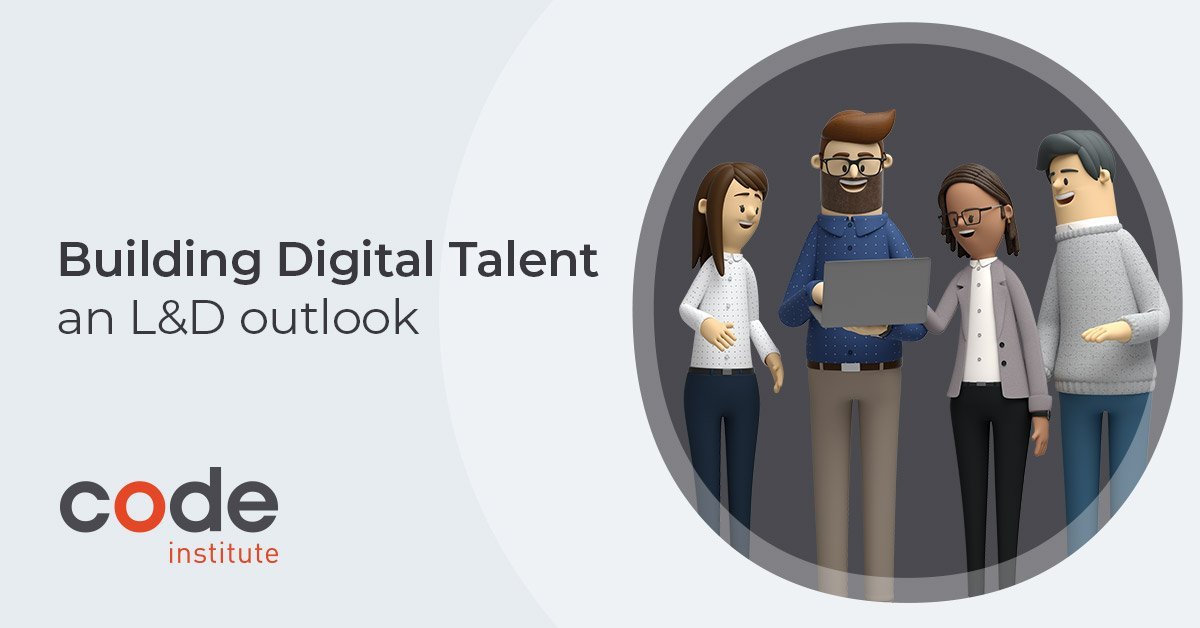 Over the last couple of weeks, the restrictions have been getting heavier in the Nordics. As we know, this is not exactly good news for businesses as they struggle to keep their doors open. In March, where restrictions were the heaviest, many companies and individuals looked online to immediate upskilling. As we continue to face […]