The ICT and STEM sectors are increasing worldwide. While all continents are suffering from a skills shortage in these industries, another chasm is growing in terms of gender. The growth of ICT sectors is still in its infancy, and figures so far show the market as being male-dominated. The gender gap in ICT has plenty of to close, but more needs to be done to increase the percentages of female workers in this industry.

figures show that the gender gap in ICT is not specific to just one continent. It’s global. In South Africa, approximately 28% of the tech workforce are women. In Canada, reports indicate that 26.7% of ICT employees are female. Australia is similar, with one source indicating 28% of their sector being female. As a continent, Europe seems to be in an even worse state, with the European Institute for Gender Equality stating that “around 17% of the almost 8 million ICT specialists are women”. According to Forbes, women represent 24% of the tech industry in the USA.

Unfortunately, as of yet, the picture is not overly positive in closing the gender gap in ICT. According to Eurostat in April 2018, girls and women are under-represented in ICT learning. They highlight that in 2016, there were more than 1.3 million people enrolled in ICT courses in the EU. The report concludes that only 16.7% of those were female. What is interesting to note is how some countries have much higher female representation in ICT courses than others, “across the EU Member States, the share of female students ranged from less than one-tenth in the Netherlands (6%), Belgium (8%) and Luxembourg (almost 10%) to over a quarter in Bulgaria (33%), Romania (31%), Greece and Sweden (both 29%) as well as Cyprus (26%).”

Now is a chance to better balance the ICT industry. Every continent is suffering from a substantial digital skills shortage. With an average of less than 30% of the sector worldwide being female, now is an excellent time to close the gap with female coders.

If only it was that simple. It’s easy to say, “let’s close the gap with female coders”. A few things are blocking it from happening. The question of pay parity needs to be addressed, where men and women are offered the same amount for the same roles. Next, and this is paramount because there are so few female CEOs in the technology world, there is an urgent need for female role models. For more information on the underlying causes of the gender gap, the European Parliament’s research on the topic can read here.

Think about it. We all know who Mark Zuckerberg, Michael Dell, Elon Musk, Tim Cook, Jeff Bezos, Bill Gates and Sundar Pichai are. It would be easy enough to name ten tech-based male CEOs. Naming a similar list of female CEOs not roll off the tongue as easily. However, as more people like Mary Barra (General Motors), Ginni Rometty (IBM), Safra A. Catz (Oracle Corporation), Sheryl Sandberg (Facebook, COO) and Susan Wojcicki (YouTube), come to the fore, their impact should be positive for balance.

Only 6% of the CEOs of the 100 top global technology companies are women. This is a shockingly low number when all the research demonstrates that women CEOs provide higher and better shareholder value over time. Whereas 45% of women reach more senior positions in the service sector, only 19% reach the executive level in the ICT Sector.

The digital skills gap is growing worldwide, which in itself is not a great thing. As the world becomes more digitally focused, it’s essential for the workforce to catch up. However, this skills shortage creates an opportunity for gender parity in one of the most exciting industries in the business landscape. Because technology is gender neutral, at the very least, there is an equilibrium that is required to ensure that technology caters for us all.

What can be done to close the gap? A definitive answer to this would be hard to come by. Of course, companies could help by embedding gender quotas and values into their organisations. It’s shocking to think that only 6% of tech companies have female CEOs. Many statistics show that mid-level and high-level roles are male-dominated. Companies like Google and Facebook are now starting to implement gender policies to ensure that the future is more balanced. Other industry leaders should follow suit.

Governments can implement policies to ensure that tech-oriented education is available to all students. Attitude towards tech needs to change too. Perhaps it’s the divide that leads people to think that it’s a male industry. Organisations need to look at how they attract new staff and ensure that a balanced culture is in place.

Technology is made for people regardless of gender, and therefore it is surprising that the numbers are not reaching parity. Now is the time to close the gender gap in ICT. Show by using the hashtag #BalanceForBetter when sharing this article.

Whether you’re male or female, software development offers a very exciting way to work. See if you have an aptitude for code by trying our free 5-Day Coding Challenge. 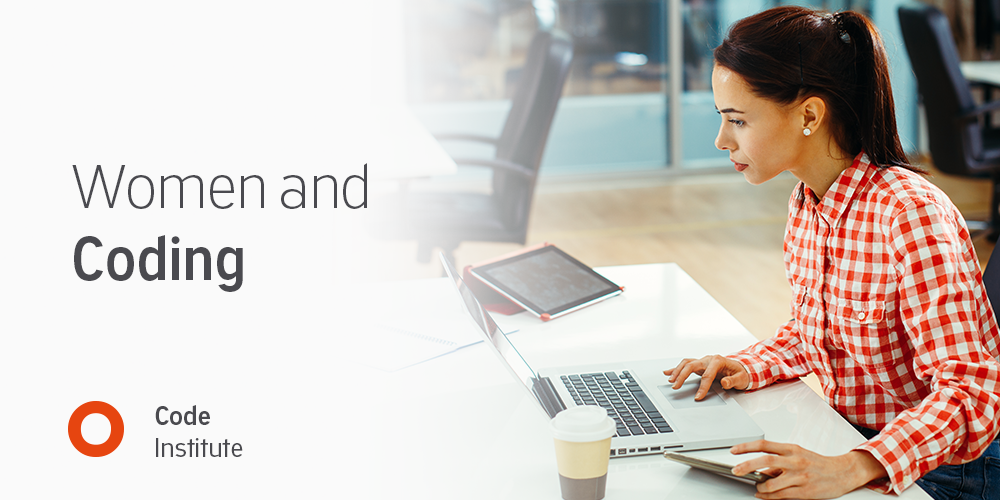 Coding is commonly perceived as a male-dominated industry, however, we’re noticing a very positive trend in our coding bootcamps and our coding challenges: 40% of our attendants are women, and we hope to reach 50% in future classes. Our tutors, mentors and teaching assistants are women, as is our student care manager. All of them […]